Liam Thatcher talks technology and the place it occupies in our busy modern lives. 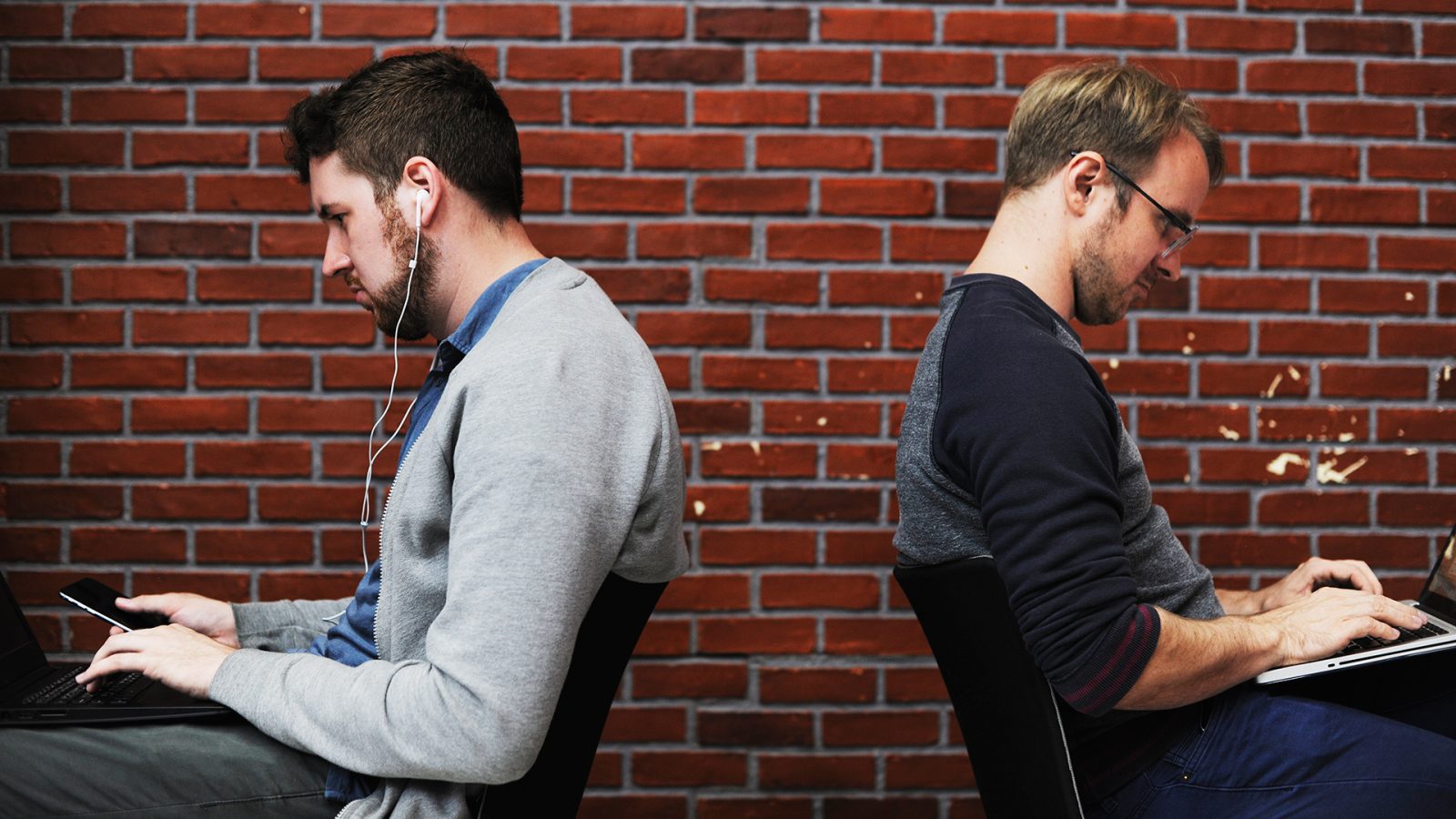 A few months ago, my wife and I were at The Tate Modern. We’d spent an hour or so wandering through the exhibitions, our senses being stimulated by the weird, wonderful selection of artworks. We turned a corner into a new, secluded area and found ourselves hit with a strange wall of noise.

The exhibit was Babel, a work by the Brazilian artist Cildo Merieles. It consisted of hundreds of second-hand analogue radios, stacked into a tower. Each was set to its lowest audible volume, and tuned to a different frequency, and together they created an indecipherable hum; a strange mixture of voice, music and static.

At first the experience was unsettling. The cacophony seemed to pull the mind in a hundred different directions. But after a few minutes of standing in the room, it became a comforting wash. The aleatoric swelling of sound quickly became a new normal, such that when we moved into the next room, the regular ambient sounds of life – breathing, conversations, individuals shuffling around – seemed strangely alien, and made me want to retreat back into the shadow of Babel.

That experience reflects a growing sense I’ve had about the presence of technology in my life.

I enjoy technology. I’m rarely the first to buy new devices (I’ve never camped out for an Apple product!) but I’m interested in ideas, and like to keep up-to-date with technological developments.

But recently I’ve realised how ill-thought-through I am, and how I’ve never asked the fundamental questions about the space I’m happy for technology to occupy in my life. The constant tech-hum has become a new normal, such that I rarely notice it until I’m forced to switch off. Then its absence is deafening.

Three experiences made me realise that something needed to change.

Firstly, I became increasingly aware of habits I’d developed, which, upon becoming conscious of them, struck me as absurd. I recently found myself triple-screening; playing a game on my iPad, whilst checking Twitter on my iPhone, all the while with a TV show failing to keep my attention in the background. I realised that if I’d been presented with a picture of someone doing this, and asked to describe what I saw, I would likely have called him an addict. Yet here I was, and I had no idea how I’d ended up there.

Secondly, we had a child. Our daughter is 16 months old, and I started to notice how frequently she would reach for my phone. I’d made a conscious effort not to use it much when she was around, trying instead to treasure the moment. But for some reason, the glowing rectangle was attractive to her, and I realised I needed to help her have good boundaries. I didn’t want to shut everything down and create a fear of technology – I want her to be equipped to thrive in our increasingly-tech-driven world – but I also didn’t want to allow her unfettered access to technology, which would cause her to end up in the same un-boundaried mess I was in.

I heard that Andy had written a book called The Tech-Wise Family, which I suspected would be useful. Having benefited from his writing before, I knew that he would strike a good balance between valuing technology, but also having a well-reasoned approach to its proper use. So I promptly pre-ordered it.

Before the publication day, a friend asked if I wanted to buy his iPad. Knowing ours was on its last legs, I was tempted, but as my wife and I spoke about it, we decided we should wait until we’d read Andy’s book. In fact, we said, hypothetically, “if any of our devices break, we won’t replace them, until we have a reasoned plan for how we want to use technology in our family home.”

That was the Sunday. Monday morning Andy’s book came through my door. I flicked to a random page and read a single sentence that told me that the Crouch household didn’t have a TV until the children were over the age of ten. I sighed and thought, “I’m not going to enjoy this book!” That evening, I turned on the TV, and it promptly expired. The picture flickered, shrunk to a dot, and died.

I stood there, confused, and with a haunting feeling that someone was trying to get my attention…

These past few weeks have been wonderful. Andy’s book was like a breath of fresh air, and has provoked many great conversations in our house. My wife and I both read it, and spent a series of evenings working out how to apply the principles to our home. The conversations weren’t at all heavy, but full of energy and enthusiasm, as we realised there was a quality of life available, which we longed for, whatever the cost.

Andy’s basic premise is that if technology is to be a blessing to us, we need to ensure we keep it in ‘the proper place.’ He writes:

‘The pace of technological change has surpassed anyone’s capacity to develop enough wisdom to handle it. We are stuffing our lives with technology’s new promises, with no clear sense of whether technology will help us keep the promises we’ve already made.’ (p17)

Andy lays out ten commitments, which his family has undertaken. Each of them is challenging, and although we have decided to apply some of them differently to how Andy has, they provided a helpful framework for discussing and discerning our own values and practices.

Some of the commitments were really encouraging, as we found we were better at them than we’d thought. We already practice annual tech-fasts, but found there were new ways we could think about enjoying Sabbath. We try to give prominence in our living room to artwork that celebrates the city we love, and the artistic skill of creative friends. We try to include creativity in our family time, so we create more than we consume. Usually food, which we then consume! But cooking that requires skill, encourages collaboration, and helps us explore new flavours and ideas.

Plenty has changed over the past few weeks. I’ve reacquainted myself with my local library and read more novels than I have done for years. My fingers are re-callousing as I’ve dug out my guitar. I’ve started saving for a piano, and working out how to rearrange our house to give it pride of place. We’ve played more board-games, had deeper conversations, and bought an alarm clock so we can lock our devices away at night. We still watch TV, but are way more deliberate about limiting it to one or two evenings a week, and one or two shows that excite and enrich us. We’ve almost entirely eliminated passive screen time.

We’re not always winning. After returning from two blissful weeks of almost-entirely-tech-free-holiday, I found it so easy to slip back into old habits. But to quote Bilbo Baggins, on those occasions when technology gets out of the proper place, I find that, “I feel thin, sort of stretched, like butter scraped over too much bread.” Though I still have a way to go in becoming tech-wise, I’ve become way more aware of how numbing and de-energising tech can be, and how much more life is available, if I can get it back in its proper place.

I would highly recommend The Tech-Wise Family to everyone. Don’t let the word ‘family’ in the title put you off. This isn’t just a book for how parents can stop their kids overindulging; this is about all of us enjoying the full life we were designed for.

Whatever stage of life you’re at, can I encourage you to put down the phone, set aside some time, and begin the challenging, but refreshing task of becoming tech-wise. You won’t regret it.

Andy Crouch will be with us on 18th November at our Everything Conference. You can register for tickets here.